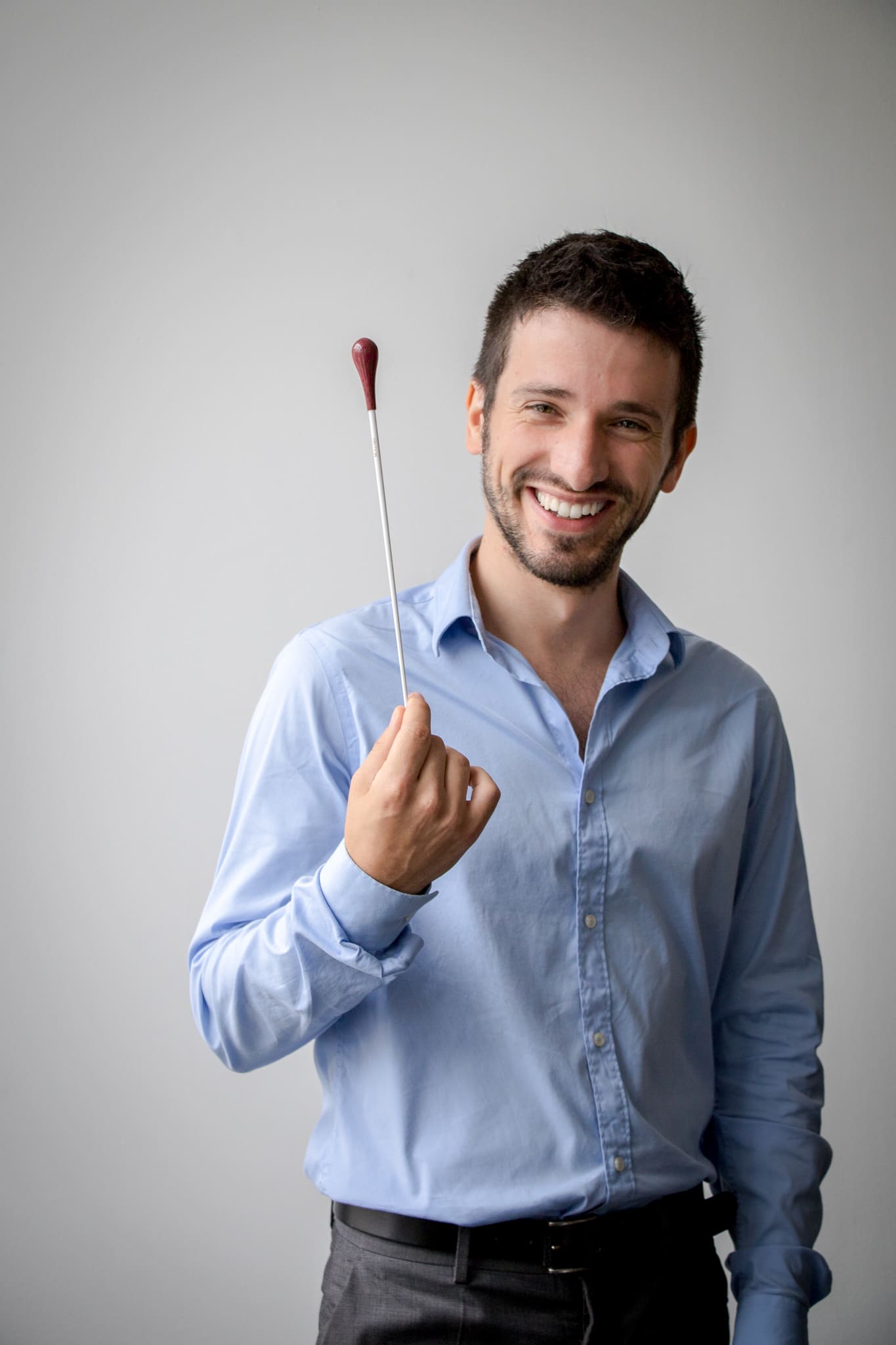 Davide Levi, young Milanese conductor, presents on the musical scene with a fresh, energetic and highly creative approach, consequence of his international experience and overwhelming personality, sensitivity and intuition. He has been described by the press as "talented", "brilliant" and "with great theatrical instincts".

Since graduating from the Conservatorio G. Verdi in Milan in 2013, Davide has worked with some of the finest orchestras and opera companies in Europe, including Oper Leipzig, Garsington Opera, Opera North, Orchestra Sinfonica Abruzzese, I Pomeriggi Musicali, the Hebrides Ensemble, the Netherlands Philharmonic Orchestra, the Britten-Pears Symphony Orchestra, English Touring Opera. At home both in the orchestra pit and on the concert platform, Davide has a wide-ranging knowledge of both the symphonic and operatic repertoire.

2021 is a year full of exciting projects and debuts, starting at the Opera de Tenerife with a production of Cimarosa’s Il Matrimonio Segreto. He will conduct the same production at the Teatro Regio di Parma and the Teatro Massimo di Palermo in the 2021/22 season. Moreover, Davide will carry on working with the Trinity Laban Symphony Orchestra as the Sir Charles Mackerras Junior Fellow in Conducting, a post he took up in 2019 and that has led him to conduct a number of projects including side-by-sides with the Philharmonia Orchestra and Welsh National Opera.

Despite the circumstances, 2020 has also been a busy year. Concerts in London featuring Sibelius Violin Concerto, Schumann’s Manfred Overture and Rimsky-Korsakov’s Scheherazade received high praise. Davide was then invited to prepare the Orchestra del Teatro Regio di Torino for the Cantelli International Competition and to assist Pablo Heras Casado in Madrid, where he had the chance to conduct the orchestra of the Escuela Superior Reina Sofia in an all-Beethoven programme, featuring his Fifth Symphony and the Concerto for Violin, Cello, Piano and orchestra op.56.

Projects that had to be postponed due to the pandemic include assisting Ivan Fischer on his tour with Patricia Kopatchinskaja and the Budapest Festival Orchestra, Tobias Ringborg on a production of Verdi’s Un Giorno di Regno at Garsington and performances of Le Villi in Leeds.

Fluent in four languages, opera has become his natural habitat: recent highlights include performances of Cavalleria Rusticana, La Traviata, Cosi fan tutte, Carmen and La Cambiale di Matrimonio. He assisted Ulf Schirmer on Oper Leipzig’s highly acclaimed production of La Fanciulla del West and the entire Ring Cycle in 2018/19, for which he was called back in 2019/20.

Passionate about working with young musicians and bringing music to communities, Davide has conducted workshops for emerging composers with the Orchestra of Opera North and the Hebrides Ensemble, and when he’s not conducting he is usually busy creating and developing exciting, groundbreaking projects like Opera-at-the-Mill in Farsley (UK) or Opera North’s first Orchestra Camp.

Davide has received many awards from various organisations, including the Jerwood Charitable Trust, the Gerald Finzi Trust, the Britten-Pears Foundation and Opera North. He studied violin in Milan, composition in Brighton and conducting with Vittorio Parisi at the Conservatorio G. Verdi di Milano and later with Marin Alsop and Ulrich Windfuhr.